"I give David Ruzumna my complete endorsement because I think he would make an excellent judge."

My husband Frank Buxton and I are delighted to endorse David Ruzumna for King County Superior Court Judge, Position 42. Dave is a skillful and dedicated attorney. His legal ability is matched by his personal integrity and his concern for his community -- as evidenced by his wide range of pro bono work We believe he will make an outstanding Superior Court Judge.

"Dave Ruzuma for judge!  When I heard it I was immediately filled with excitement and then the important question: 'Why is Dave right for this role?'  I was immediately reminded that a judge is a community servant--an individual who must listen intently, ask probing questions and make hard decisions.  I've seen Dave in action and know his capabilities.  He is a person who cares, is fair and most importantly, ethical--the type of individual who is intellectually and emotionally ready to give this position his talent and insight.  King County is fortunate to have someone of his caliber who will work in behalf of its citizens."

"David Ruzumna will bring equity, industry and contemplation to the bench – three things the judicial system needs.  His legal experience will provide the skill set necessary to perform the role of Superior Court Judge; his intrinsic qualities provide him the skill set to perform justice. "

"David Ruzumna is the man that champions justice, fairness and equality for each and every person. He stands firm against injustice and heavy handed bureaucracy while protecting the defenseless from those that seek to harm them. Having known David since 2005 I can tell you that he is honest, trustworthy, bold and brave. As a small business owner that has had a need for his protection in the past I believe your best choice for Superior Court Judge is David Ruzumna."

"I have known Dave for several years. He's bright, energetic and his ethical compass is spot on. He would make an excellent judge."


"We found him to be fair, honest and a man of integrity. He did a great job. He is a professional who can be trusted without question."

"In all my years practicing law, I cannot think of anyone else I have met or worked with more suited to wear the robe and sit on the bench."

I am pleased to endorse David Ruzumna for the King County Superior Court Judge, Position #42. David has represented me individually as well as our company, Harbor Properties, in several legal/business matters over the years. In my experience I have found David to have good, balanced judgment in his legal and business advice.

He is articulate, responsive and professional in all his dealings with us. I believe he would make an excellent Superior Court Judge and serve the County well if he were elected to this position.

"There is no one that is more prepared to take on the challenge of being a judge than Dave Ruzumna.  I know David first hand as a highly intelligent, fair, and compassionate man, and it would be a gift to the legislative community to have an attorney of his caliber in such an important position. He will be a great judge!"

David Ruzumna was instrumental in resolving a contract dispute at my company.  He took a worrisome situation and used his passion, humor, fairness and intelligence to quickly understand the facts of the case and obtain a decisive victory for us.  These qualities will make him the kind of judge I want serving my community.  David has my support for Superior Court Judge.

"I believe David Ruzumna will make an exceptional King County Superior Court Judge. The citizens of King County and the members of the legal community would be blessed to have his intellect, clarity, patience and professionalism as a judge. I have worked with David in a professional capacity and can attest to his legal depth of knowledge, his thoughtfulness in countless issues and to his absolute commitment to professional excellence. On a personal level, David is full of the character and qualities we need on the bench. I wholeheartedly endorse David Ruzumna for Superior Court judge."

"I have profound respect for David.  His wisdom, intelligence and experience are a true asset and ensure he will be a sound and extremely competent Judge."

"David Ruzumna has represented me for about four years now. I have always known him to be professional and attentive to my legal needs. Mr. Ruzumna has consistently understood and addressed my case in a meticulous manner. Regardless of time constraints, he makes himself available to address any and all aspects of my case. I am very fortunate to have Mr. Ruzumna in my corner. He is an astonishing advocate. I would definitely recommend Mr. Ruzumna for the position of King County Superior Court Judge."

"I have known David Ruzumna for nearly a decade and he has always been willing to put forth extra time and effort for his community. David Ruzumna is an excellent choice for this position and I feel very lucky to have the opportunity to support him."

-Lindsay Johnson, Director of The Early Learning and Development Center

"First of all, you need to know that Dave Ruzumna is a great guy--that counts for a lot. He's also a savvy businessman, a seasoned attorney, and a truly thoughtful human being. If you get to know him, I’m sure you will agree with me when I say that Dave will do a fantastic job as superior court judge for King County."

"I have worked with David on several cases throughout the years and have always found him not only competent and honest, but a true professional."

"David Ruzumna has the ability to effortlessly balance complex legal principals with practical wisdom.  He is a good listener, and has always seemed to intuitively understand the positions of all parties.  As an advocate he is extraordinarily persuasive, and although he is firm and resolute, he has an open mind and is flexible without being inconsistent.  He represents diverse clients with diverse views, and is equally at ease with all. I have known Mr.  Ruzumna for the past fourteen years and during that time I have always known him to be an extremely hard worker, always aiming for excellence.  He has an uncanny ability to maintain a reassuring sense of calm and confidence.  He is sincere and cares deeply for his clients.  I endorse David Ruzumna wholeheartedly for the position of King County Superior Court Judge as an individual who will provide the highest level of service for the diverse population of King County and Washington State."

"In my years knowing David, I have found his advice to be thoughtful and his insights to be invaluable.  In his dealings with me, he has always operated with the utmost integrity, and I routinely appreciate his viewpoints.  I highly recommend David for the position of King County Superior Court Judge."

"I have known David over 20 years, I support his run for the position of King County Superior Court Judge, Position 42. His integrity and loyalty to his family and community are impressive and exemplary. I support his efforts with out any reservation."

"I am giving David Ruzumna my enthusiastic endorsement for King County Superior Court Judge.  David is a calm, compassionate, intelligent person whose heart is always in the right place.  I will be excited and comforted to know that David is on the bench.  King County's residents will be lucky and proud to have David as a Superior Court judge."

"I have known David to be an honest and capable individual whose experience and talents would prove to be very beneficial to the residents of King County if he were given the chance to serve as Superior Court Judge."

"I have know David since he was in law school.  He is a wonderful attorney and a true friend to our community; David will be an excellent addition to the King County Superior Court!"

"Dave has represented me numerous times over the years, always with exceptional results. He is efficient and perceptive with an admirable passion for justice. He has a keen intellect yet remains down to earth. Our court system could not ask for a more worthy candidate."

"I heartily endorse Dave Ruzumna for King County Superior Court Judge because he is, in a word, FAIR."

"Sensibility, due process, fair balanced  application of the laws are all desperately needed in our county today.  Looking forward to David bring that to our court system."

"There are few people I know whom I can call day or night to help me if I should have a problem with something, legal or otherwise. David is one of those people. He is first and foremost a trustworthy friend and great father. Honest and truthful."

"I give my full support to Attorney David Ruzumna for the position of King County Superior Court Judge. David is not only an intelligent Attorney, he is also reliable, dependable, and creative. He was extremely professional when giving our company legal assistance. He has a full understanding of the legal system and he investigates and ensures his legal assistance and advice are sound. You will find him in his office very early most days; he is always available for his clients, and to me his accessibility was always very reassuring. David has been my business attorney, as well as my personal attorney.  I know David will be a strong and dedicated Superior Court Judge for King County."

"I cannot think of a person more suited for the position of superior court judge than David Ruzumna. He is honest, knowledgeable, and patient, and has a tireless devotion to his profession. As his former legal intern, I know firsthand that he inspires a similar drive for justice, integrity, and excellence in those he works with. He is an outstanding lawyer, teacher, counselor, and person, and I believe he will make an excellent judge."

"Dave Ruzumna is simply a fantastic human being. Whip smart, sensitive, wise and aware. And without fail he has always been there for me and for those I care about.  II can't imagine anyone better suited for the position of Judge."

"Having worked for David Ruzumna, I can wholeheartedly endorse his candidacy for Superior Court Judge. As an attorney David is relentless in his pursuit of justice and demands nothing less than an unequivocally equitable result for all parties involved. As a boss David would never shy away from putting in the work to not only teach but to make sure that everyone was aware of the reasoning behind the decisions. David has an excellent legal mind, he's able to focus on the details without losing sight of the big picture. King County would be lucky to have David as a Judge."

"David represents people who otherwise would not be heard."

"David has always demonstrated that rare skill set of being able to communicate on a personable level while also accounting for the more strategic view...an ability and willingness that will serve his constituents well."

I am very pleased to support Dave Ruzumna in his run for King County Superior Court Judge. Besides his excellent legal knowledge, Dave is a man with integrity.

His moral compass, understanding of the legal issues, and quest for fairness will make him an excellent judge.

"David Ruzumna has been the attorney for my family and business for nearly a decade. He has always demonstrated the highest level of integrity and professionalism, and a passionate commitment to us as his clients. His earnest belief in justice is clear to anyone who engages his services. He is a talented, smart, and passionate lawyer. I am entirely confident that as Superior Court Judge, he will bring these qualities to the bench to the benefit of the people of King County." 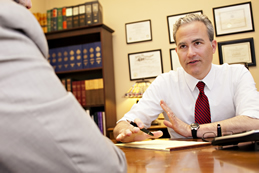